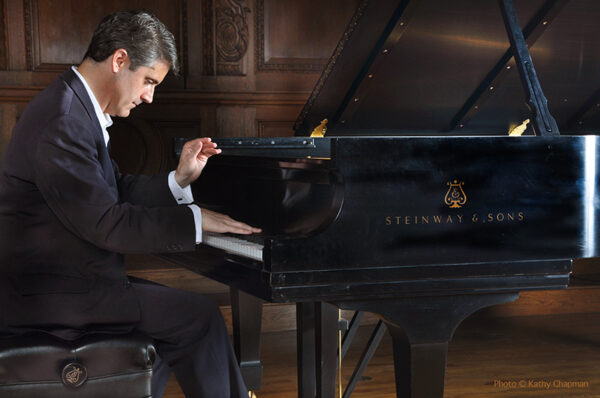 This is a Live Stream event. Choose the amount you would like to donate and thank you for your support!

Stephen Porter has appeared as a soloist in London, Paris, Sarajevo, Lake Como, Istanbul and Rio de Janeiro, among other cities. He is a four-time artist resident of the Cité Internationale des Arts in Paris, and his concerts in the past season include the Église Saint Louis en l’Île, the Norwegian Academy of Music in Oslo, the Gothenburg Academy of Music and Drama in Sweden, and the Malmö Academy of Music in Sweden. In 2020 for the Beethoven 250th birthday year he gives recitals of Beethoven along with premieres by composers from Sweden, Italy and the U.S., beginning with the Musica Prospettiva Festival in Torrita di Siena, Italy. Recent New York City appearances at SubCulture, the Fabbri Mansion and Symphony Space have been praised by the press, with New York Arts calling Mr. Porter’s twenty-four Debussy Preludes “a powerful revelation … as if the voice of the composer were speaking to us.” His Schubert performances are widely admired, the Boston Musical Intelligencer says he “reached the level of sublimity,” and in the acclaimed biography Beethoven: Anguish and Triumph, author Jan Swafford calls his interpretation of Beethoven’s Appassionata “unforgettable.” Mr. Porter has had the privilege of performing and recording with two Grammy Award winning soloists, mezzo-soprano Krista River (2020 Best Opera) and bass-baritone Dashon Burton (2014 Best Chamber Music). His recitals with Ms. River include works by Ned Rorem and John Harbison coached by the composers. They have recorded a disc of Grieg’s Haugtussa, six Lyric Pieces, and Schumann’s Frauenliebe und leben. With Mr. Burton he has recorded the music of Toni Lester, released on the 2017 CD titled Will The Time Ever Come?