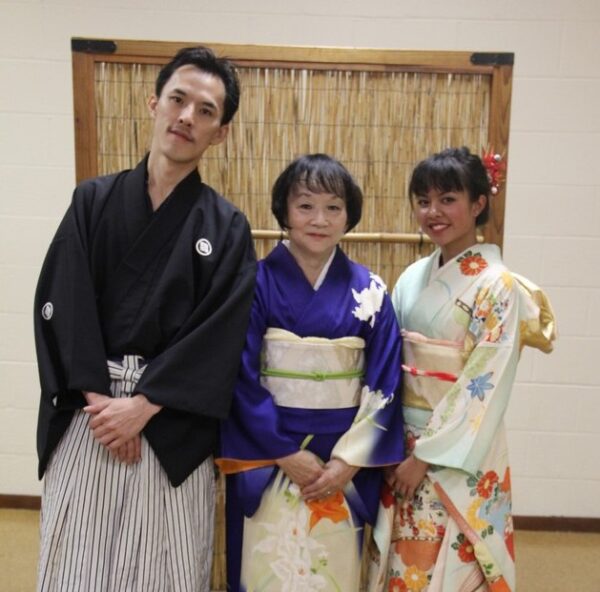 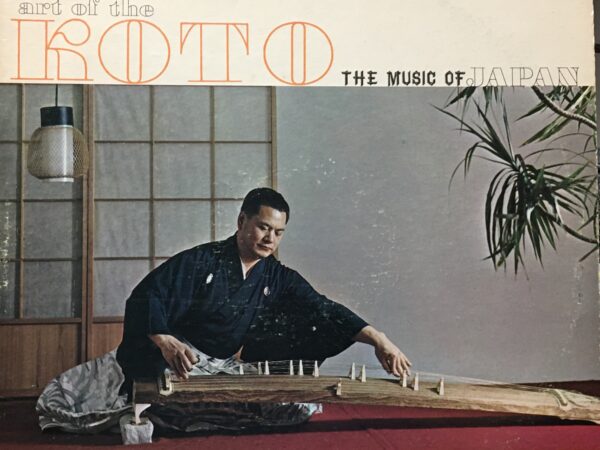 A rare opportunity to hear compositions by Kimio Eto performance in arrangements by Shirley Kazuyo Muramoto, many of which have remained unpublished to this day.

This is a Live Stream event. Choose the amount you would like to donate and thank you for your support!

A rare opportunity to hear a collection of Kimio Eto’s compositions in arrangements made by Shirley Kazuyo Muramoto, many of which remain unpublished to this day.

About the koto: “A beautifully sad sound even when it’s happy” – Kimio Etō
By Shirley Kazuyo Muramoto

The Japanese artist known as Kimio Etō was like a shooting star of Japanese koto music in the 50s and 60s, mostly in the U.S. Etō was ahead of his time in using his traditional instrument to reach out to the world through music. He could not speak English and he was blind, but the way he played the koto inspired friendly connections between Japan and America.

I was about 9 years old when my mom took me to a concert in San Jose, CA by Kimio Etō. Etō’s teacher was the genius composer and musician, Michio Miyagi, who wrote the famous song Haru no Umi, or Sea in Spring. The audience in the hall was almost full when we sat down. Then, a gentleman in a kimono and hakama was led onto the stage. Etō’s eyes were closed, but he had this slight Mona Lisa smile on his face. He sat next to his koto and started to play. Suddenly, I was mesmerized by his exquisite sound and technical skill on the koto. I heard koto music all the time while growing up, but I had never heard the koto played like this! The experience of hearing and watching this amazing musician is something I have never forgotten.

Kimio Etō’s unprecedented notoriety in America was amazing especially as he accomplished this while playing a traditional instrument. Etō traveled from Japan to the U.S. in 1953, and made his mark performing with a variety of notable musicians and performers in American pop culture: in the jazz world with Gene Krupa; on a recording with Harry Belafonte; and was the featured solo performer with Leopold Stokowski and the Philadelphia Orchestra performing a work by the California composer, Henry Cowell.

I became a big fan of Mr. Etō and wanted to play his music, so I started to search for sheet music of his compositions, but it wasn’t an easy task. Whenever I was in Japan I would go to Japanese music stores looking for his music, much of it unpublished. His impressive playing and style just stayed with me. He inspired me so much I wanted to play just like Etō. I even tried to emulate his technique and style. But on top of his amazing dexterity playing the koto, I was impressed that he could play the koto in a variety of genres. Through further research I learned that Bumble Boogie was the tune he played together with Gene Krupa, the boogie-woogie version of Rimsky-Korsakov’s Flight of the Bumble Bee. He showed the versatility of the koto in this way. From his example, I created the Murasaki Ensemble, a koto centric jazz band. I also expanded the repertoire of the koto by performing with many musicians of various genres, including bluegrass, symphonic, gospel, European classical, rock, rhythm and blues, ethnic world music, and of course, jazz. I’m fortunate to live in the diverse San Francisco Bay Area where the possibilities for collaborations such as these are right outside my door.

I lost track of Etō after the 1960s, and he seemed to disappear after he returned to Japan. At first, I thought this was because I don’t speak fluent Japanese. But after recently researching Etō’s life, I found that his music seemed to disappear from the koto scene in Japan, as well. Why this happened is still a mystery to me.
Since Kimio Etō died in 2012, Japanese musicians seem to be re-discovering his music. I’ve noticed a few more YouTube videos of koto musicians playing his works, and at least two new books about his life. It’s sad that Etō seems to be becoming one of those artists who is more recognized after his death. After talking to his eldest son, Hiroyuki, he expressed hope that more people will play his father’s music to keep it alive, and has been helpful in sending me some of Etō’s music, often written in manuscript.

In researching Mr. Etō’s music, I have also discovered that much of the written music is a bit different from his recordings, and sometimes, his live performance recordings are also varied. Because he was blind and played by ear, of course, he often changed the way he performed a piece on the spot. Even some of the titles of his songs have different titles in the U.S. than in Japan, another reason for the difficulty in locating his music. For these reasons, and because I have wanted to perform these numbers for so many years, I arranged most of these pieces for this concert based on what I could hear by my own ear on his LP recordings.

It has been a lifelong dream of mine to be able to present a concert of Kimio Etō compositions. Because Etō’s songs are quite challenging, I am presenting this concert now before my fingers can’t play the fast passages. I’m fortunate to have two advanced koto performers with me, Brian Mitsuhiro Wong and Isabella Kazuai Lew to help me with this presentation. We will be performing at a natural distance using the koto as our measurement because the koto is about 6+ feet long.

Kimio Etō created extraordinary music in his lifetime, and it is a shame that the success he experienced while he was in the U.S. did not continue when he returned to Japan. He introduced Japanese koto music to American and world audiences in a way that had never been done before. Etō inspired me in so many ways, and I hope I have been able to continue the legacy he started in some way. I hope you enjoy this concert of Kimio Etō music as I am excited to finally perform these pieces for you.